Every so often I get it in the neck from an irate punter who claims that what I write about isn’t psych at all, and for all I know they may be right. That’s because some view the genre as being tightly wound around the acid/ LSD scene that spawned jangly guitars of late 1960s Californian music and British bucolic scene epitomised by Syd Barrett. Genre can be useful is describing something, I do it all the time on these pages, but I admit that I have a very loose approach to it. However, and the reason I’m going on about this, is that this Melody Fields album may come closer than most of the albums you find here to that tighter definition of what psych is. But, and this is important for me, its not a tribute to times gone by but something that feels new and vibrant. Let’s get into it…

The fact that this Melody Fields album has come out on the ever excellent Kommun2 label is already a tick in the positive column for me, and tells me that the musicians behind this album are most likely to be Swedish, and so it proved. Even more exciting is the fact that it was recorded at Parkeringshuset Studio where the likes of Goat and Hills have also recorded. Like these other bands there is a nice blend of Swedish and other musical sounds to create something different, which I think is where my appreciation for this album is taking root. 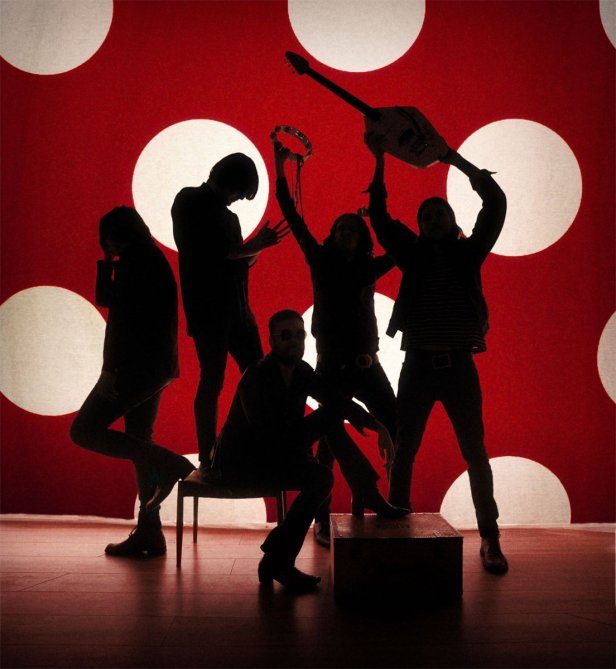 The album opens with ‘Morning Sun’ which immediately establishes the band’s credentials as putting out music that is upbeat and, well, sunny. There are some lovely melodies here and in some senses you could be sitting on the West Coast of the USA looking out to the Pacific. By the same token you could also be looking out onto the Kattegatt from the West Coast of Sweden with the track’s folk underpinning reminiscent of Träd Gräs och Stenar. Then the sax kicks in and just takes you off into the sunlit uplands… lovely!

If that puts you in a right good mood then you’re going to be positively beaming when ‘Liberty’ kicks in with its smooth edges and lysergic tone. This is just so laid back, but not in any passive or banal way… there’s just something about it that feels very spiritual and deep. Melody Fields have influences, but they are not copyists. After that ‘Run’ steps things up with the guitar coming to the fore more and in between some more chilled out vocal which retains that ray-soaked atmosphere, even though the lyric talks of ‘summer rain’… this is one of a few albums that are bubbling up that I can see are going to be my soundtrack for the summer this year.

‘Rain Man’ keeps us guessing for a few seconds with it’s low key jangly intro before that multi-part harmony drops in and takes us off into a heavenly realm of pastoral melodies, I can already imagine me staring out at the same Kattegatt on my holidays in Denmark later this year… I’m sure the ‘Rain Man’ will make an appearance at some point, but with this on I won’t care.

With ‘Fire’ the album takes a slightly less upbeat tone. There’s a hint of regret and melancholy to this which, let’s face it, is life. This album isn’t all all about the feel good factor but has a healthy dose of realism in it too. This is another tick in the positive box for me, I don’t like my music too positive as regular readers will attest.

Which brings us to ‘Trägränsen’, the ten minute centrepiece of the album… and the track that takes this set of songs from the good to the great. It would be easy to put out an album of positive upbeat songs as appeal to a certain market. Here is something that is more considered. There’s definite elements of the Swedish folk and progg tradition here that lend it a really effective transcendent air. I really like the whole subtlety of the first part of this number which just takes you along with it in a gentle yet effective way. Then after around 5’30” the whole thing kicks up a notch as the repeating motif is replaced by something altogether more intense. It is like a storm has hit and the tumult is palpable. The soaring guitars and crashing drums combine to really take the track to another level… this is not jangly West Coast psych this is full on rock eating into your soul as the next wave hits you until… the storm passes as quickly as it boiled up and the track let’s you down gentle into a calm, if unsettled, sea.

After that a reprise of ‘Morning Sun’ nicely bookends the album and does not leave us in some sort of post-traumatic stress. The calming influence here is like feeling the sun on your face after the rain has faded away. There is the fresh feeling of the cleared air and the warmth… bring on the summer with all it’s contrasts and contradictions…

I often see an album in a new light when I listen to it while writing about it, and this one is no different. I knew that there was more to it than a 60’s tribute album, but I now see it as an album for the summer; but one that takes us through the whole gamut of feelings that summer brings. So while I’m sitting here at the start of spring looking forward to the better weather ahead, I can also see that there will be good and bad times… which is why I think this will be my true soundtrack for the season to come. What I also want to say about this album is that it feels very much like a set of songs for the outdoors… there is a real sense of communing with nature here, and that in itself is a great thing for me. Bring on the summer!

‘Melody Fields’ is released by Kommun2 (vinyl) and Sound Effects (CD) and is available from the band here.

To make it as enjoyable as possible for others I do pay extra so there are, for instance, no ads on these pages; but it would be great if I could recoup that money back.

So, if you’ve really enjoyed your visit here and have found some music that you think is amazing, why not buy me a coffee (I write in cafés a lot) by clicking the “make a donation” button below.